U.S. Court of Appeals for the Sixth Circuit

U.S. Court of Appeals for the Seventh Circuit

U.S. District Court for the Northern District of Ohio

United States District Court for the Eastern District of Michigan 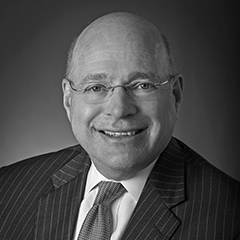 Clair, who served a total of twelve years as a Judge on the Ohio Ninth District Court of Appeals, is a member of our appellate and litigation practice groups. He is one of very few people who has both argued cases before the Ohio Supreme Court and, while an appellate judge, served as a visiting Justice on that Court. During his time as a Judge, he participated in deciding over 4000 cases and wrote the lead opinion in approximately a third of those cases. He is co-author with Judge Richard Markus of Ohio Trial Practice, a resource used by many Ohio trial lawyers.

During law school, Clair was Editor-in-Chief of the Cleveland State Law Review, and he began his career as a law clerk for The Honorable Leroy J. Contie Jr., United States District Court, Northern District of Ohio. He first joined the firm in 1983 and rejoined the firm in 2013 after his time on the bench. Clair was formerly Firm Counsel at Brouse McDowell and, at different times, Chair of the firm’s Appellate and Litigation Practice Groups. In addition to his appellate and litigation practice, he is available to serve as an arbitrator or mediator.