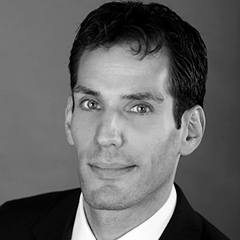 David is a partner practicing in the area of Litigation at Brouse McDowell. He represents clients in a wide range of matters in both state and federal courts that predominantly involve business disputes, including breach of contract, business competition, trade secrets, intellectual property, insurance recovery, labor and employment, and appeals. He also has represented clients in disputes involving real estate, title insurance, oil and gas interests, and civil rights.

While obtaining his law degree at Cleveland-Marshall College of Law, David served as an extern with the Honorable Christopher A. Boyko, United States District Judge, in the United States District Court for the Northern District of Ohio. He also served as a summer associate in the litigation department of a large Cleveland law firm and as an extern with the Cuyahoga County Public Defender's Office, Juvenile Division. In addition, David was a teaching assistant in criminal law, served as Research Editor for the Cleveland State Law Review, and was a successful competitor in two national moot court appellate advocacy competitions.

Prior to law school, David served as an English teacher in Tokyo and Yokohama, Japan.